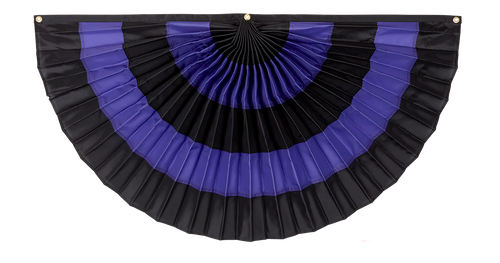 UPC:
Weight:
0.80 LBS
Shipping:
Calculated at Checkout
1):
Double Stitched stripes, not merely printed.
2):
Made with industry leading Solar-Max 100% Nylon Fabric
3):
3 rust-proof grommets on header for easy hanging.
4):
Only Fans with real pleating so they can be used over and over, always looking like new.
5):
Folds back into original pleats for easy storage. Never needs ironing!
6):
24" x 48" means it is 48" (4 Feet) across the top & drops down 24" (2 Feet)