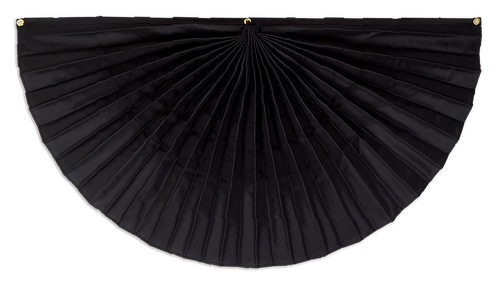 Our Funeral Bunting Fans can be used both indoors and outside with sturdy nylon fabric, which is resistant to UV fading, so it will stay vibrant even with repeated outdoor exposure.