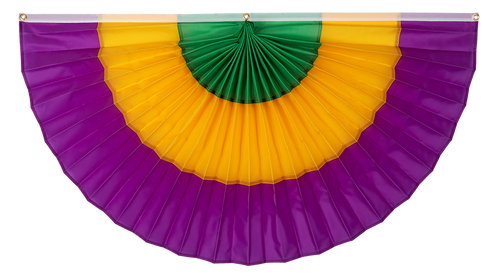 or "Fat Tuesday" in English, is the last day of the Carnival season as it always falls the day before Ash Wednesday, the first day of Lent. Mardi Gras dates back thousands of years to pagan spring and fertility rites. Many historians believe that the first American Mardi Gras took place on March 3, 1699, when the French explorers Iberville and Bienville landed in what is now Louisiana. They held a small celebration and dubbed the spot Point du Mardi Gras.

In the decades that followed, New Orleans and other French settlements began marking the holiday with street parties, masked balls and lavish dinners. When the Spanish took control of New Orleans, however, they abolished these rowdy rituals, and the bans remained in force until Louisiana became a U.S. state in 1812.

On Mardi Gras in 1827, a group of students donned colorful costumes and danced through the streets of New Orleans, emulating the revelry theyd observed while visiting Paris. Ten years later, the first recorded New Orleans Mardi Gras parade took place, a tradition that continues to this day.

Louisiana is the only state in which Mardi Gras is a legal holiday. However, elaborate carnival festivities draw crowds in other parts of the United States during the Mardi Gras season as well.