Don't Tread on Me Flag-Nylon 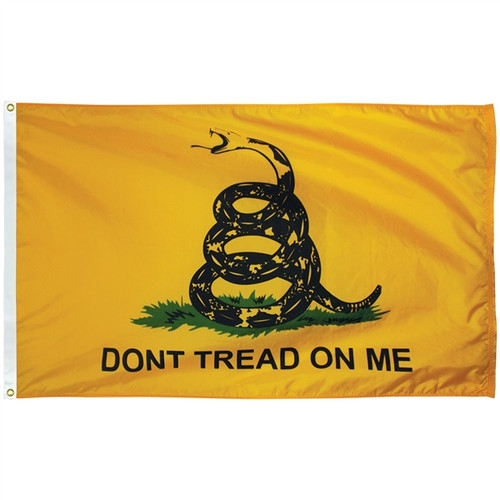 Don't Tread on Me Flag-Nylon


The Gadsden flag and other rattlesnake flags, such as the Culpepper Flag were widely used during the American Revolution. There was no standard American flag at the time. The Gadsden flag was first used in February 1776. The flag depicts a rattlesnake in the attitude of going to strike with the words 'DONT TREAD ON ME' underneath.